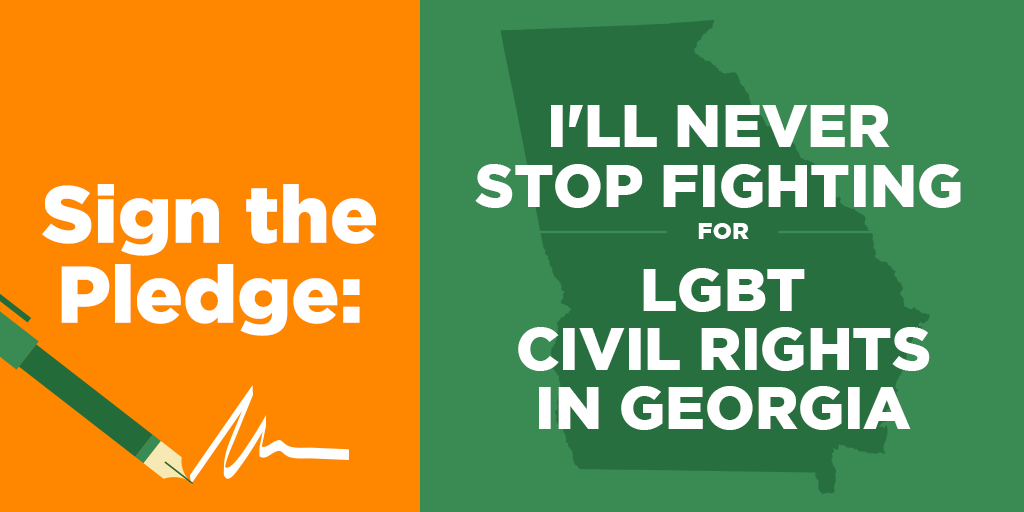 This ruling, thankfully, was limited in scope and leaves intact Colorado’s civil rights law protecting LGBT people. But that means people in states without protections are still at risk.

It’s up to lawmakers to ensure everyone is protected from discrimination in Georgia. Sign the pledge now: Say you’ll never stop fighting for LGBT-inclusive civil rights in Georgia.

A few things are clear after today’s decision:

One, lawmakers who have unsuccessfully pushed for dangerous religious exemptions in Georgia the past five years will almost certainly double down in their quest to pass a license to discriminate bill in 2019.

Two, Georgians absolutely support their LGBT friends and neighbors. Right now, 57 percent of Georgians oppose allowing business owners the kind of broad License to Discriminate against LGBT people that the Court sanctioned today. And two-thirds (66 percent) support passing a law that would protect LGBT people from discrimination in employment, housing and public accommodations, which are places like restaurants and shops.

We must make sure our lawmakers hear this message loud and clear. Sign the pledge now: Commit to moving LGBT-inclusive non-discrimination legislation forward. And if you’re a local business owner who wants to speak out, sign out business pledge.