Next week, the Supreme Court could decide a pivotal case for LGBT equality.

The case is Masterpiece Cakeshop v. Colorado, and it involves a bakery that refused to sell a cake to a same-sex couple, directly violating Colorado’s law preventing businesses open to the public from engaging in anti-LGBT discrimination. 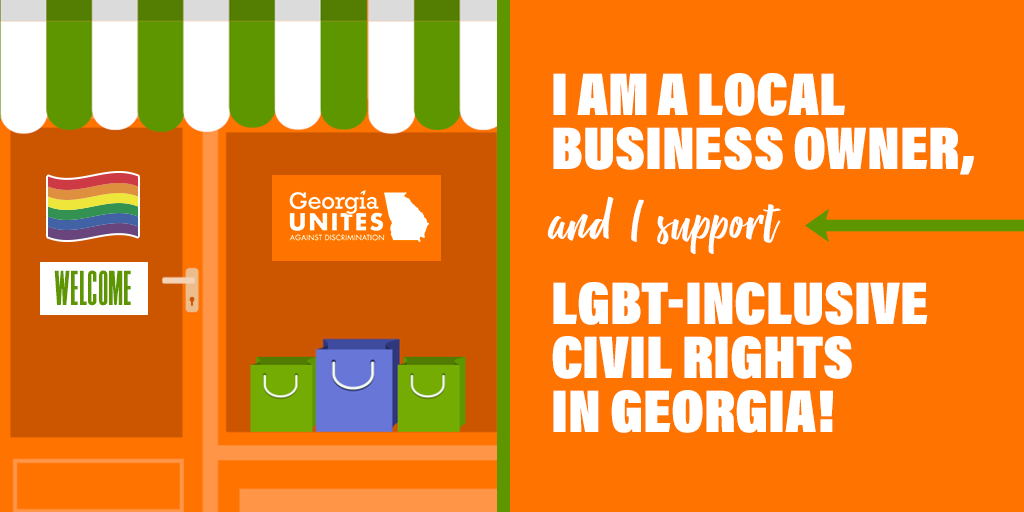 No matter what the Court decides, opponents of LGBT equality will be emboldened, and prepared to attempt legislation for a sixth year in a row that erodes our rights. All Georgians, but especially local businesses, will need to speak up clearly and say: Discrimination is wrong and it’s bad for business.

Business opinion on this issue is already pretty clear.

According to polling conducted by the advocacy organization Small Business Majority [PDF], 66 percent of Georgia’s small business owners say they do not need or want a license to discriminate against LGBT customers.

“66 percent of Georgia’s small business owners say they do not need or want a license to discriminate against LGBT customers.”

And 63 percent actually favor federal legislation that would prevent discrimination against LGBT people in places of public accommodation. These are places like restaurants, shops and most other local small businesses open to the public—exactly the kind of discrimination the Supreme Court will weigh in on soon.

Local businesses are already one of our most important constituencies speaking out for LGBT-inclusive civil rights protections.

After this decision comes down, your voice will be even more important: Sign our small business pledge to start speaking out.