The Economic Case for LGBT Non-Discrimination

Protecting every American from discrimination is good for the economy. LGBT adults have a combined buying power of $884 billion, and business leaders know that today’s generation of consumers prefer to shop at businesses that support gay and transgender people.

Top job creators prioritize communities that are welcoming to everyone—including their families, employees and customers—because they know that fair and equal protections help them compete in an increasingly global marketplace, and attract and retain top talent.

Non-Discrimination Protections are Good for Business

Discriminatory laws aren’t just bad for gay and transgender people—they are devastating for a state’s brand and economy. 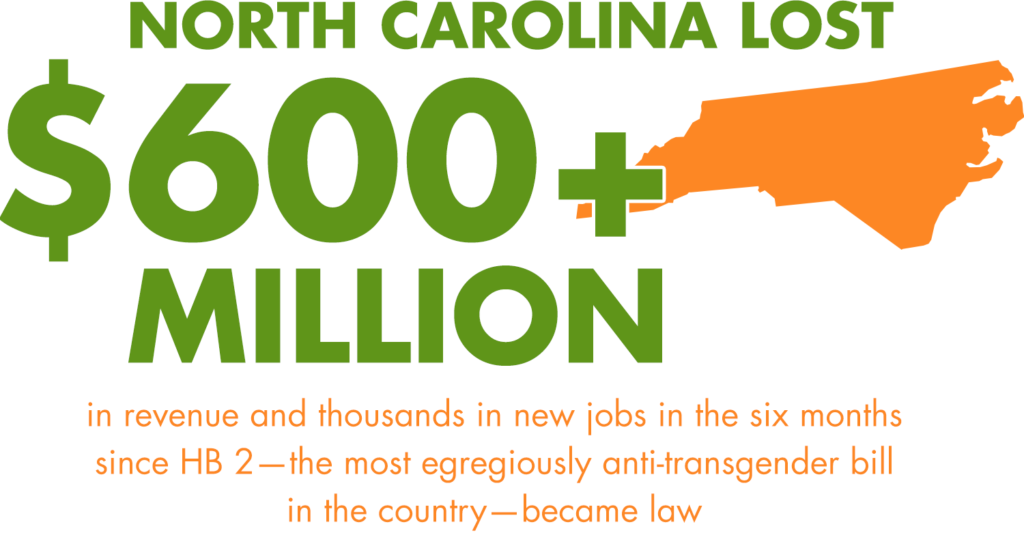 North Carolina has lost approximately $600 million in revenue and thousands of new jobs in the six months since HB 2—the most egregiously anti-transgender bill in the country—became law:

Indiana suffered economic blowback after passing a so-called religious liberty bill designed to give a license to discriminate against LGBT Hoosiers.

Businesses are watching state legislatures. They are investing in states with laws that foster diversity, inclusion, and a robust workforce. And states that sanction LGBT discrimination simply cannot compete.

When every American is given the opportunity to work hard and earn a living, our economy, communities and state succeed.