With the Georgia legislative session starting today, we are hopeful that a series of bills that will bring us closer to fully protecting LGBT people from discrimination will advance as legislators begin their work. 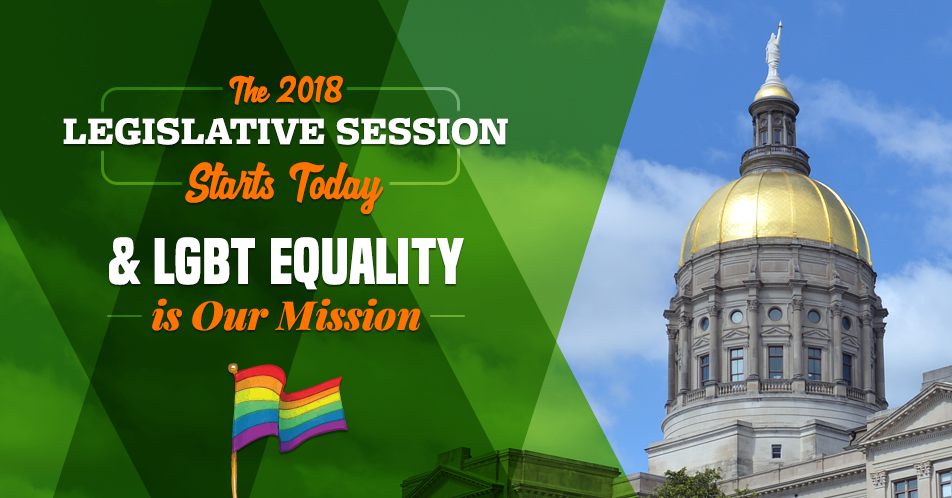 Our top priority this year is advancing a “clean” adoption bill through the legislature. Last year, several lawmakers sought to discriminate against LGBT people by adding an amendment to HB 159, a bill that included much-needed reforms to Georgia’s adoption and foster care system, that would allow adoption agencies (including those receiving state funding) to blatantly discriminate against LGBT people. This would come at the cost of children desperately seeking new homes and a family to love them. It is our hope that legislators will do the right thing by excluding such discriminatory language and will pass a bill that makes adoption easier for all Georgians.

Another priority is passing statewide comprehensive non-discrimination laws for LGBT people. Currently, three bills sit in the legislature, the first of their kind to ever be introduced in Georgia. House Bill 488 would enact a comprehensive, LGBT-inclusive civil rights law, while House Resolution 404 would create a committee to study the effects of LGBT discrimination, and why it is imperative that the state work to prevent it from happening. Most prominent among the bills is Senate Bill 119, which would enact the same protections as HB 488.

Senator Lester Jackson — SB 119’s sponsor — has been an early and vocal supporter of adding these protections to state law, and we’ll be pushing hard for the Senate to give him the committee hearing that he and SB 119 deserve.

Furthermore, it is also expected that there will be serious movement on a hate crimes bill, largely being spearheaded by the Anti-Defamation League (ADL). Georgia Unites is hopeful that the bill will turn out well and succeed.

It is time for all LGBT Georgians to receive the same rights and protections as every other citizen of The Peach State. Click here to contact your lawmakers and tell them to make non-discrimination a top priority in this year’s session! Also be sure to follow us on Facebook and Twitter, and if you haven’t yet, please sign our pledge saying you will stand up for LGBT Georgians and their right to protections under the law.