Transgender Fire Chief Hopes Visibility Will Send the Message: We Can Do The Job, And Deserve Protections Rachel Mosby ~ Byron, Georgia

A simple interview question stumped Rachel Mosby: What do you like to do in your community when you’re not on duty as a firefighter?

Rachel laughed at the absurdity of that question. “Everything I do revolves around it,” she said—as it has for the last 24 years. 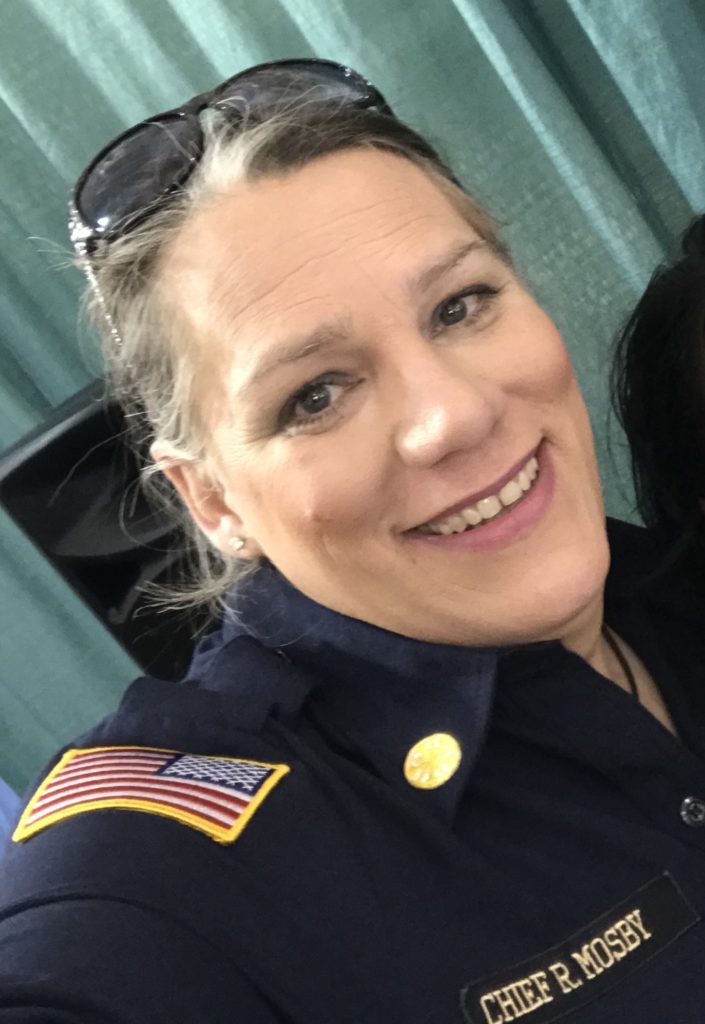 For 11 of those years, she’s served as Byron, Georgia’s fire chief, a job she thinks of as being the “oil in a squeaky wheel.”

“We’re a small house, and I’m fortunate that we are,” she said. “I’m not chained to a desk all day. Wherever the machine is squeaking, I see what I can do to help. I help my team.”

A few years ago, however, Rachel was the squeaky wheel.

Rachel is transgender, and in 2017, she transitioned to live as the woman she has always known herself to be. It was not a conversation she had planned to have publicly. After all, there are no statewide laws that protect LGBTQ people from discrimination in Georgia, so transgender Georgians run the risk of being fired, evicted and refused health care and other services because of who they are. 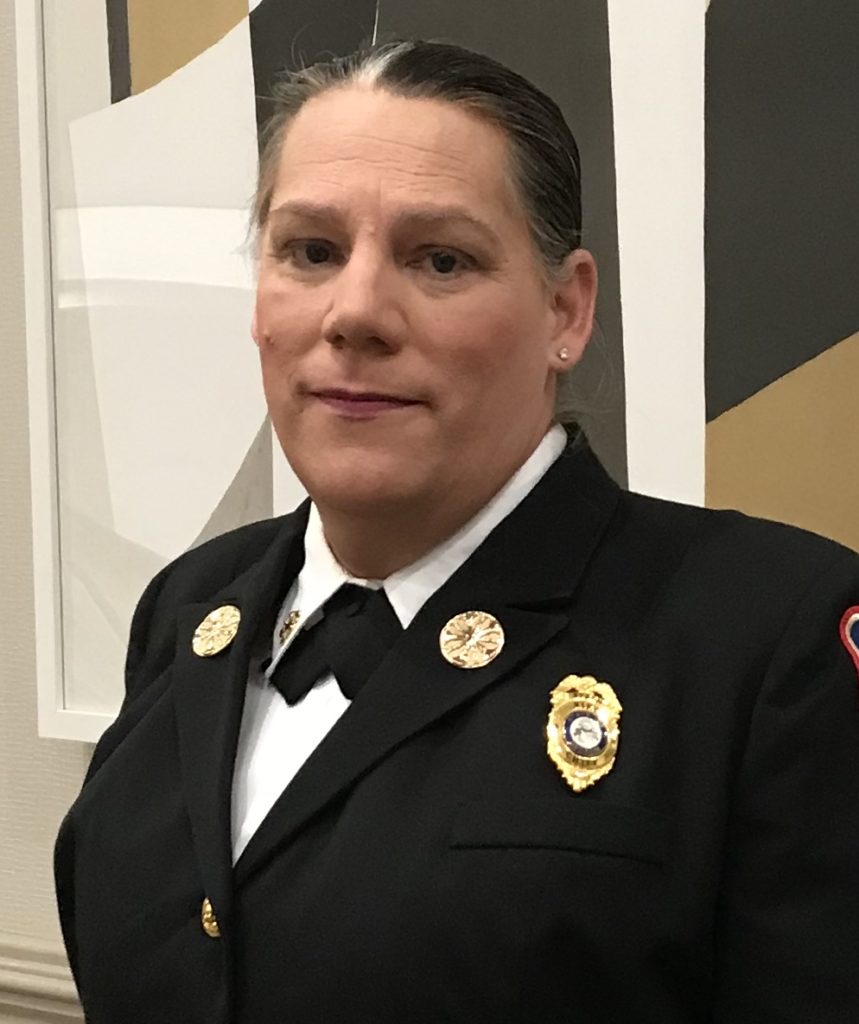 Under these circumstances, Rachel had planned to transition out of the public eye—until her neighbors started to notice her appearance had changed. Too polite to ask her directly, they started to ask her firefighters, “what’s going on with the chief?”

Rachel said the firehouse is like a family, with openness being the ultimate bonding agent. Once she realized that her firefighters were getting questions they couldn’t answer—and that was affecting morale—she knew she had to say something.

“I didn’t earn my position by having thin skin,” she said. So she decided to be visible as a transgender woman, starting with her family of firefighters. Rachel knows this won’t be something that all transgender people can do, but as the chief, she was well-known and had built up respect from her community for a decade. Surely, she thought, that would make it easier for her to live as her authentic self and pave the way for other transgender people.

“I would not be able to bear it if one of my firefighters used a religious objection not to treat someone, to not put someone’s house out, or cut them out of a vehicle—that goes against the code of who we are as firefighters. I wouldn’t, couldn’t do that to anyone. If there is anyone on the planet you wouldn’t help, find another profession.”

She didn’t need to worry. Her family had her back.

“The biggest thing that impacted me was them feeling like I felt like I couldn’t share it with them,” she said. The response from her neighbors has been similarly low-drama, though not drama-free. She’s occasionally been snubbed at restaurants, and had people whisper behind her back or catcall her across the street.

Overwhelmingly, though, she feels deep respect from her community, who still view her as their protector. This struck her last year when she responded to a woman having a heart attack. Rachel radioed her crew and performed CPR during the wait—quick work that saved the woman’s life. 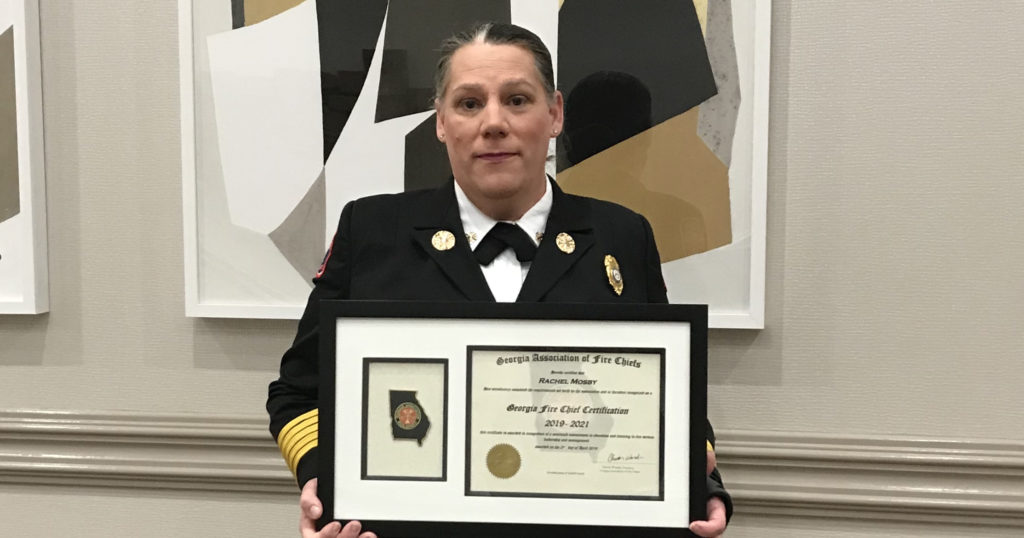 “I thought, ‘None of these people here give a damn that I’m a transgender woman, they just care about this woman on the ground that I’m helping,’” she said. “That moment has hit me a lot. People are more concerned with the fact that I’m doing my job and I help a lot of people, than the fact that I’m transgender.”

Rachel hopes her visibility will send this message far and wide: Despite the rhetoric, transgender people can do the jobs expected of them—in the military, as police and public safety officers, or as office workers. And they should be able to do their jobs without worrying they’ll be discriminated against because of who they are.

Rachel has been following closely moves at the state and federal level to expand religious exemptions and allow public places to refuse service to LGBTQ people and others and retaliate against LGBTQ employees. 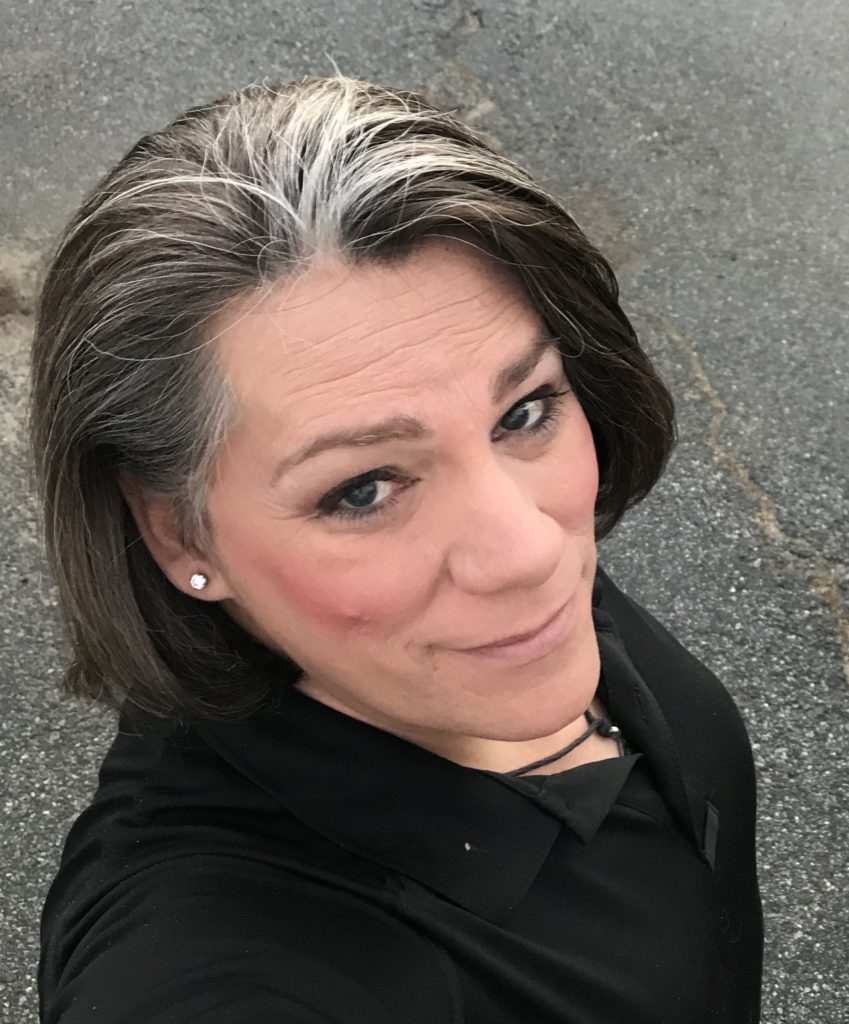 During the 2019 legislative session, lawmakers in Atlanta considered legislation that would have allowed taxpayer-funded adoption agencies to refuse to help LGBTQ people. It’s the sixth year Georgia’s legislators have considered such a bill. Past attempts have been much broader, attempting to allow any individual to cite their faith beliefs as an excuse to ignore any law. And the U.S. Department of Health and Human Services recently announced a rule allowing health care and medical providers to determine patient care based on their religious or moral beliefs, opening the door for discrimination.

As a public safety officer, that’s something Rachel can’t wrap her head around. It was especially troubling to her as she recently prepared for an appointment with a new doctor. Under policies like these, that doctor could refuse to see her because she is transgender. No questions asked.

“I would not be able to bear it if one of my firefighters used a religious objection not to treat someone, to not put someone’s house out, or cut them out of a vehicle—that goes against the code of who we are as firefighters,” she said. “I wouldn’t, couldn’t do that to anyone. If there is anyone on the planet you wouldn’t help, find another profession.”