For Transgender Day of Visibility, Max Wants Other Georgians to Know He is More than A Trans Man Max Nijssen ~ Morrow, GA
Today, Give Thanks for the Progress We’ve Made Toward LGBTQ Equality Under the Gold Dome & Across the State November 22, 2017

In Georgia, we’ve had an eventful year with a lot to be thankful for in the realm of LGBTQ advocacy.

In March, we finished out the 2017 legislative session having successfully fended off several anti-LGBTQ bills. The most pressing threat was Senate Bill 233, the same style of RFRA bill that caused an outcry from business, faith and other advocacy groups in 2016, and that Governor Deal vetoed. 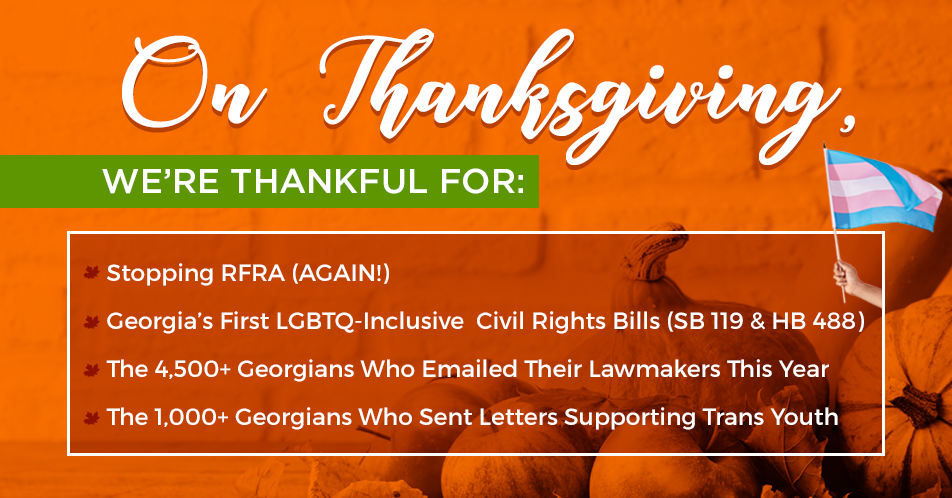 That bill, thankfully, did not advance through the Senate. Late in the session, however, anti-LGBTQ extremists attempted several times to add RFRA language to unrelated pieces of legislation, including a very important adoption bill, House Bill 159.

Georgia’s adoption laws have not been updated since 1990, and although 12,000+ children in our adoption and foster care system are in desperate need of loving homes, lawmakers gaveled out without advancing an adoption bill without discriminatory amendments.

That’s a sobering thing to read on a day that we give thanks for the good in our lives, and we are committed to working with child welfare advocates to pass adoption legislation in 2018.

But 2017 wasn’t all about defeating bad bills. In February, we saw the introduction of Georgia’s first-ever comprehensive, LGBTQ-inclusive civil rights legislation, Senate Bill 119. Later in the month, House lawmakers introduced two companion bills: House Resolution 404, a bipartisan bill that would create a committee to study the need for an updated civil rights law, and House Bill 488 which, like SB 119, would write comprehensive, LGBTQ-inclusive non-discrimination protections into state law. 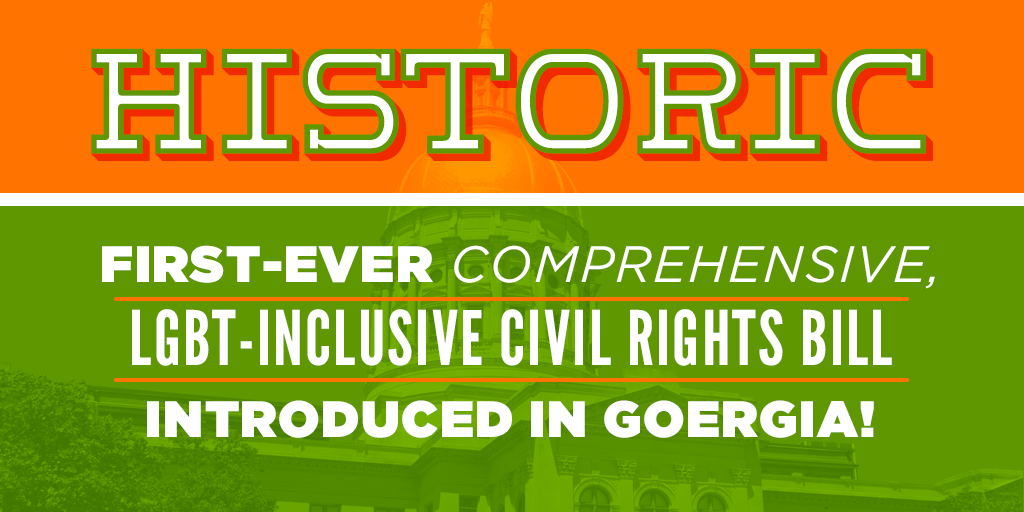 If passed, these bills would ensure no Georgian can be fired, evicted or denied service in public places like parks, restaurants and retail shops because of their race, religion, sexual orientation or gender identity. All three of these bills are still up for consideration in 2018, and we will be working from day one to advance them.

Our thankfulness extends beyond the Gold Dome too, to the extraordinary wave of advocacy at the local level.

In May, the Macon-Bibb County Commission became the 63rd municipal entity in Georgia to extend non-discrimination protections to gay and transgender public employees. And in October, for the 5th year in a row, Atlanta received a perfect score on the Human Rights Campaign’s Municipal Equality Index, which highlights the ways that local governments step in to protect LGBTQ people from discrimination when the state and federal government fall short.

Local activism has been especially strong for transgender youth. Earlier in the fall, the Decatur school district faced an effort to weaken its policies protecting transgender students from discrimination. But the local community rallied, sending nearly 1,000 letters of support to local school board members defending the policy and standing up for students. 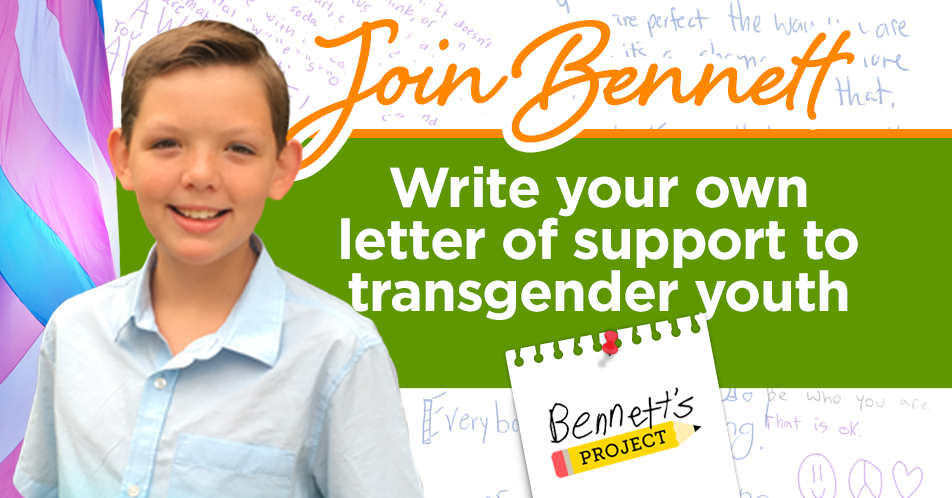 And Bennett’s Project, an ongoing effort to collect open letters of support for transgender youth, has so far collected more than 250 notes from communities across the state. It’s also garnered endorsements from some of Georgia’s most prominent LGBTQ elected officials, including Decatur Rep. Renitta Shannon, and newly elected Doraville councilwoman Stephe Koontz.

This outpouring of advocacy, from the legislature to local cities, towns, and school districts, is truly something to give thanks for this week.

But while you’re giving thanks, don’t forget to take stock of the work that still needs to be done in 2018—and help us do that work by joining our campaign to ensure LGBTQ Georgians are protected from discrimination.