RFRA Seeks to Erode Our Most Fundamental Rights Cas Carr ~ Atlanta, GA
Supreme Court Denies Georgia Woman Who Was Discriminated Against At Work Her Day In Court December 11, 2017

Today, the U.S. Supreme Court announced it would not hear the case of Jameka Evans, a Savannah security guard who was discriminated against at work because she’s lesbian, meaning the Court has effectively put off the chance to recognize that federal law already prohibits anti-LGBTQ employment discrimination. 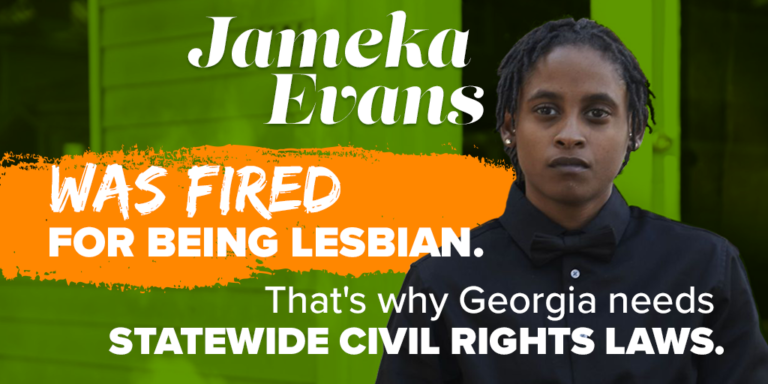 Jameka’s lawyers at Lamda Legal had petitioned the Court in September to take the case. There was a high likelihood that they would: In April 2017—less than a month after a 3-judge panel of the Eleventh Circuit ruled against Jameka—the 7th Circuit Court of Appeals came to the opposite conclusion in the case of an Indiana woman who was discriminated against at her work because of her sexual orientation. This set up a split decision in the appellate courts, something the Supreme Court is usually eager to resolve.

Now, some advocates are thinking the Court may be waiting for a similar case to make its way through the system before making a definitive ruling.

But until then, LGBTQ people in Georgia and the majority of other states that offer no explicit statewide non-discrimination protections for LGBTQ workers will continue to be unprotected. Employees like Jameka who find themselves harassed and denied equal work because of who they are will have little legal recourse. 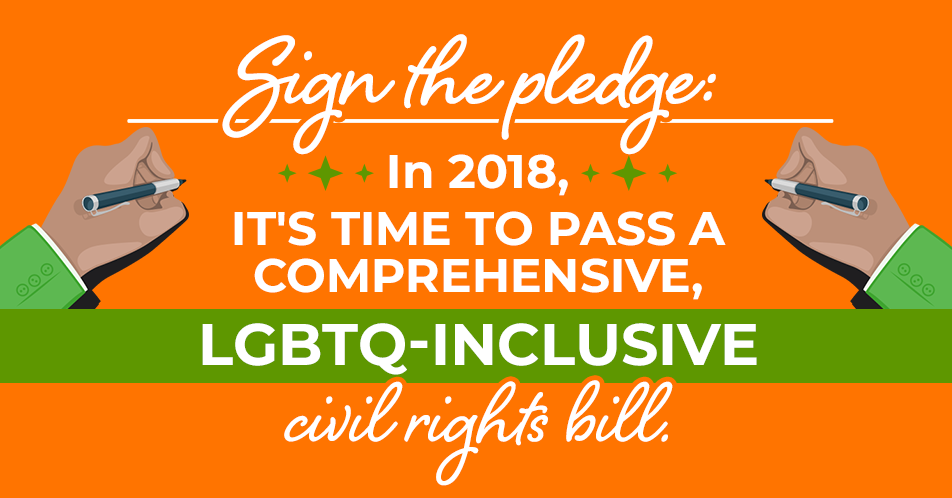 But there is something we can do in Georgia to fix this right now: Pass an LGBTQ-inclusive civil rights law that would ensure no Georgian can be discriminated against in employment, housing or public accommodations because of their sexual orientation or gender identity.

And the good news is that in Georgia, we are closer than ever to getting it done. Last year, for the first time in the history of our state, lawmakers introduced bills in both the House and Senate that would add these comprehensive, LGBTQ-inclusive protections to state law.

In fact, there were a record number of pieces of legislation introduced last year that addressed the problem of anti-LGBTQ discrimination. Currently, three of these bills are still active and ready for consideration during the next legislative session. It’s up to us right now to ensure that these bills are at the top of lawmakers’ to-do list when they reconvene next year.

You can help grow our coalition of support for these bills now by signing our pledge saying you support passing LGBTQ-inclusive civil rights legislation during the 2018 legislative session.