A study released on July 31 by the Williams Institute at UCLA, a think tank that studies law and public policy issues affecting LGBT people, shows an estimated 114,000 same-sex couples are raising children, with one in five (21.4%) raising an adopted child. 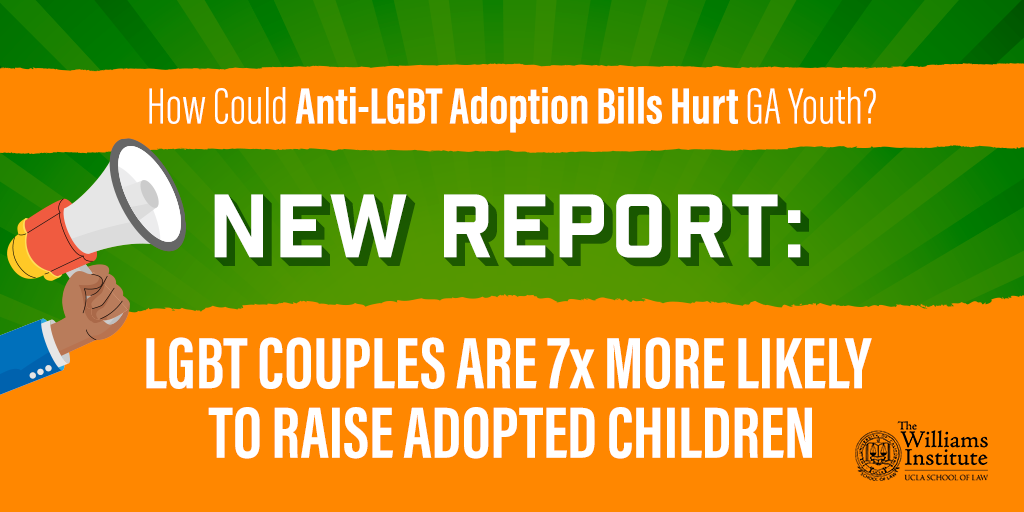 “Our findings highlight the importance of laws and policies that encourage and support adoption and fostering by same-sex couples,” said lead author Shoshana Goldberg, PhD. “Without these policies, a qualified population of prospective parents may not have equal access to government-funded child welfare agencies and services.”

These findings are particularly relevant in the face of recent attempts to discriminate against LGBTQ people in adoption and foster care. This past legislative session, some Georgia lawmakers attempted to pass a bill that would allow private and publicly-funded adoption agencies to refuse to place a child in the home of an LGBTQ person by claiming a religious or moral exemption. Luckily, that bill died before it could become law. Similar legislation was also defeated in Colorado.

However, discriminatory adoption measures were passed in Kansas and Oklahoma. Furthermore, the U.S. House of Representatives recently approved what is known as the Aderholt Amendment, which would strip agencies that prohibit discrimination against LGBTQ people andothers of a majority of their federal funding.

Discrimination against LGBTQ people in adoption does nothing but play with the lives of the tens of thousands of children in the foster care and adoption systems, only further delaying potential placement in a loving home.