Mother of a Transgender Child in Georgia: You Are As You Were Meant to Be Amanda Dewis & Family ~ Johns Creek

For parents with more than one child, maintaining a semblance of order and stability can sometimes be easier said than done. As a stay-at-home mother of three (including twins) in Johns Creek, Georgia, Amanda Dewis has more than enough to keep her busy every day. However, in Amanda’s case, she’s not only dealing with the usual issues between parents and children — she’s also working hard to make a safe and loving space for her daughter Lea, who is transgender.

Amanda says that when Lea began to grow into a toddler, she began to notice behaviors she wasn’t sure she understood.

“She was never attracted to ‘boy toys,’ or things I heard that were typical boy things,” she says. “Her dad was sort of absent, so I thought maybe it had something to do with her not having a strong male role model.”

“As the mother of a transgender child, what I want to do is change minds.” 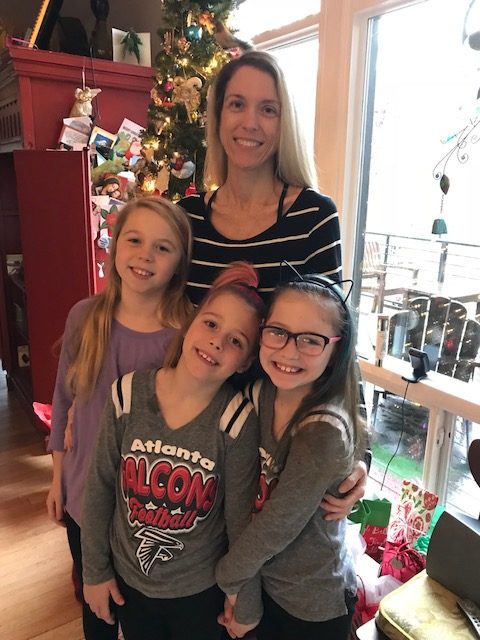 Lea was diagnosed at the age of 3 with Autism Spectrum Disorder, which also muddied the waters for Amanda. As she continued to grow, Lea further exhibited behaviors that confused her mother, such as wanting to wear dresses and immediately taking off her ‘boy clothes’ when she would come home from being out. When Lea turned 5, Amanda looked to her developmental pediatrician for guidance.

“I asked if this was typical, and he said ‘Well, who you are is who you are, and you’re born that way.’ He explained it as a spectrum in terms of gender. It was the first time I ever heard the word transgender. I didn’t understand initially — I thought it was about sexuality; I didn’t realize until then the difference between orientation and identity.”

At this point, Amanda says she began to dig deep and to have some difficult conversations with Lea, to truly understand where she was coming from.

“I asked her, ‘Even though your body is a boy, do you think your brain is a girl brain?’ And she said, ‘Yes, Mommy, and when I go to heaven, God is going to make me a girl.’ I told her she was made perfectly by God, but that I wanted her to be comfortable with who she was.”

“I want her to know she never has to be anybody except who she is.”

Following this conversation, Amanda made an appointment with a gender specialist and asked directly if her child was transgender.

“She responded, ‘It’s very clear she [Lea] wants to live her life as a girl, and if that’s what she wants to do, it’s what she should do to be her authentic self.’ For me, these questions started coming up: Is she too young? Does she understand? But then the gender specialist said to me, ‘When did you know you were a girl?’ I said I always knew — it was never a question. And at that moment, I got it.”

Following this revelation, Amanda became determined to support her child in every way and create a nurturing space for her where she could be herself without fear or reservation. 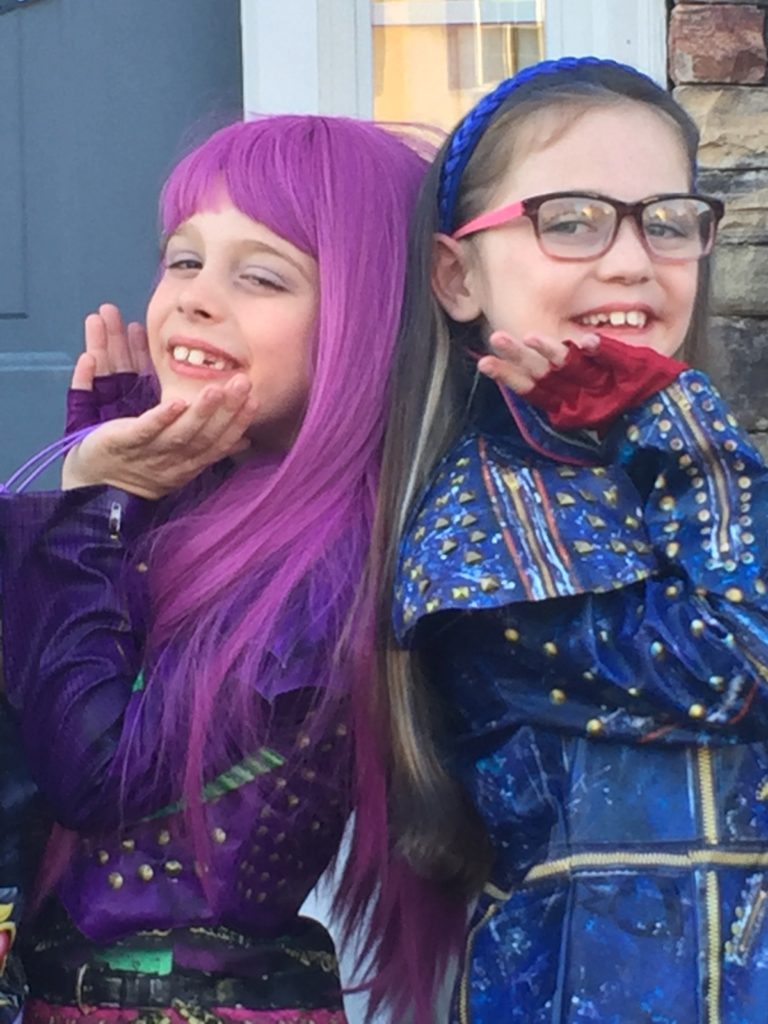 “I want her to know she never has to be anybody except who she is. She is 100% who she was made to be, and she is loved and supported and encouraged by me and her sisters unconditionally. It’s important for me to let her know that I believe her, and I’m not just placating her.”

Amanda and Lea agreed to set a date to begin her transition, the final day of first grade.

“At the end of first grade, we decided it was all Lea, all the time. A full social transition. She has blossomed, and the behaviors she had going on prior are gone. She was stressed internally and it was manifesting. There’s a saying, ‘follow the fruit of the spirit’ — when I let her be who she wants to be, the fruit is beautiful and wonderful and blossoms. When you embrace good things and look for the good, good will follow.”

“It infuriates me to know there are no protections, and it breaks my heart.”

Amanda understands that there may often be some fear and apprehension when transition occurs because as a parent, you always want your child to be safe and protected. However, Amanda has learned to view things through a different prism. 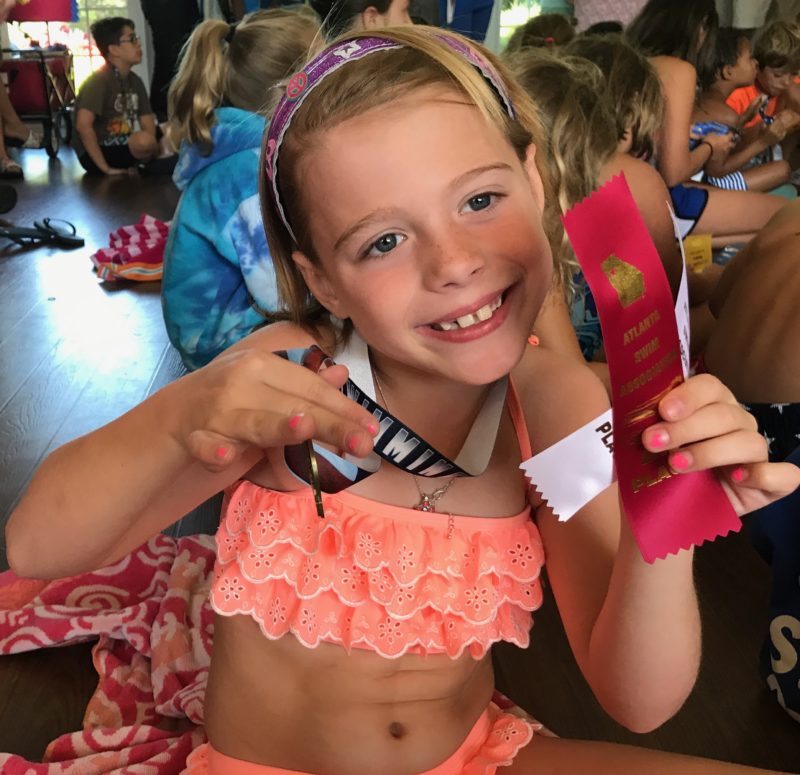 “All parents are afraid — you’re going to be afraid when they’re born, when they walk out the door. Most fears are legitimate. But this is one thing I am no longer afraid of. I’ll be afraid when she gets behind the wheel of a car, or when she gets her heart broken for the first time. But as long as I can have this space for her, I think she will be able to flourish, and so far, we’ve been really fortunate.”

Unfortunately, Amanda and her children live in a state where currently there are no protections for transgender people in housing, employment, or public accommodations. Continually, so-called religious freedom legislation has been introduced in Georgia, which would allow businesses to discriminate against LGBTQ people by claiming a religious exemption. However, there is some hope— currently three bills sit in the Georgia legislature that would create inclusive non-discrimination protections for LGBTQ people, and with Amazon eyeing Atlanta as a possible location for its second world headquarters, it is hoped that the state will work to match Amazon’s company values of inclusion, fairness, and diversity. Still, without protections in place, Lea could very well face the reality of being denied service at a restaurant or hospital, or be refused housing or a job simply because she is transgender. This certainly does not sit well at all with her mother.

“It infuriates me to know there are no protections, and it breaks my heart. The other part I struggle with as a mom is not only is she transgender, she has special needs. I feel the same way about all people who are marginalized or ostracized and might not have equal access to things. I understand disability and gender identity are not the same, but this is how you were born. It doesn’t make sense, it’s demoralizing, it’s exclusionary, and it’s wrong. Until you’ve walked in the shoes of someone like that, you don’t understand how demeaning it is. I don’t understand how people can pass laws because they don’t like who people are or how they present themselves.”

For her part, Amanda sees her family’s journey as the opportunity to educate others, and to stand for the values of transgender people everywhere. 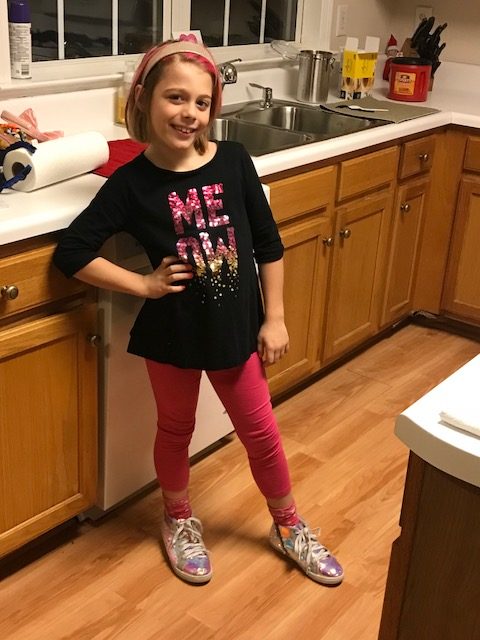 “As the mother of a transgender child, what I want to do is change minds. I think when you make an intersection in your life with a gay or trans person, when you sit and talk with them, it changes your perspective and it changes your life. I want trans people to know: God made you exactly as you are. Every single aspect of you. You are who you are supposed to be, and anyone telling you otherwise is just wrong.”