At the center of the case is a Colorado bakery that refused to sell a cake to a same-sex couple celebrating their marriage, directly violating Colorado’s nondiscrimination law preventing businesses open to the public from engaging in anti-LGBTQ discrimination. 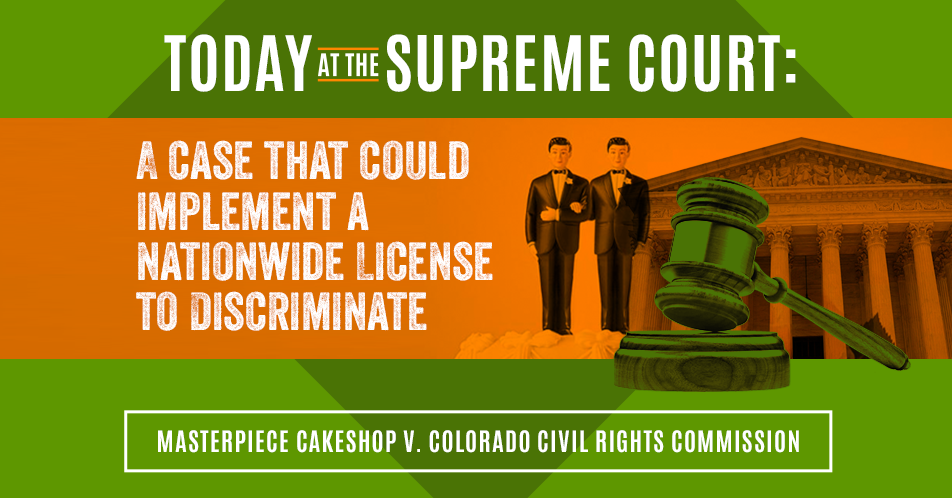 The stakes in this case are huge. If the case is decided in favor of the bakery, it will implement a nationwide License to Discriminate, where businesses can claim a very broad religious exemption to many local and state laws, including those protecting LGBTQ people from discrimination.

That means cities like Atlanta that currently have LGBTQ-inclusive nondiscrimination ordinances would be unable to enforce them, leaving Georgians even more vulnerable to anti-LGBTQ discrimination and harassment than they already are and threatening Atlanta’s reputation as a safe, welcoming city for LGBTQ people.

It would also throw into limbo our efforts to pass LGBTQ-inclusive civil rights protections statewide. The statute in question in the Masterpiece case is the portion of the state’s public accommodations law prohibiting anti-LGBTQ discrimination by public businesses. That update to the law was passed by the Colorado legislature in 2008 and is similar to the civil rights protections we’re attempting to enact in Georgia.

A ruling in favor of discrimination in the Masterpiece case could also give momentum to lawmakers who support the dangerous religious exemptions legislation that we’ve fought in Georgia for the last several years, and may fight again in 2018.

All of this could happen despite the fact that a growing majority of individuals and businesses in Georgia reject such a License to Discriminate. According to a recent poll from Small Business Majority, 66% of small business owners in Georgia do not think a business should be allowed to deny services to someone who is LGBTQ because of their religious beliefs. 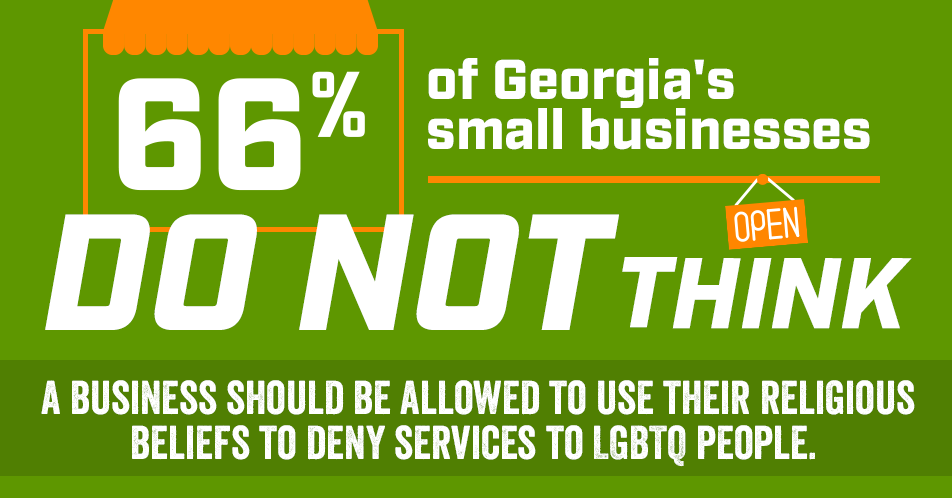 And in March, a poll from the Project Right Side Foundation found that nearly 3 in 4 Georgians (74%) support a comprehensive non-discrimination law to protect LGBT people from discrimination in housing, employment and public accommodations.

We’ll dive deeper into the legal analysis and implications for our movement on Wednesday, December 6th at a panel discussion and Q&A session featuring Georgia Equality, the ACLU of Georgia, Faith in Public Life, and Lambda Legal. Similar events we’ve hosted have filled up fast—so don’t wait to reserve your spot.

Georgia Equality will livestream the event on their Facebook page if you’re unable to join the discussion live in Atlanta.

And in preparation of the next legislative session, we’re working to expand our coalition of local business owners who support LGBTQ-inclusive civil rights laws. If that describes you—or someone you know—sign our business pledge and someone will reach out with more information.