There’s a new license to discriminate brewing under the Gold Dome.

Earlier this week, extremist lawmakers in the Senate introduced SB 375, which would allow adoption agencies — including taxpayer-funded ones — to refuse to work with same-sex couples or LGBT youth based on their “sincerely held religious beliefs.” 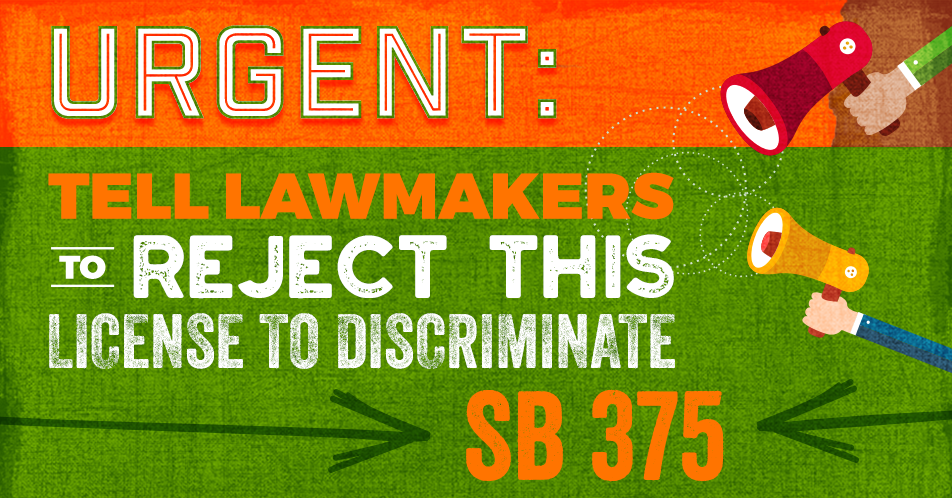 To be clear, SB 375 is separate from the current comprehensive adoption bill — legislation that includes NO anti-LGBT amendments. But a handful of senators just can’t let go of their desire to tie adoption and discrimination together.

This effort is again being spearheaded by Senators William Ligon and Greg Kirk, perennial proponents of anti-LGBT legislation. It is currently awaiting action in the Senate Judiciary Committee, and could advance to the full Senate as early as next week.

Even worse, SB 375 gives adoption agencies the ability to refuse to work with LGBT youth who need a foster or adoptive home, something that is simply unconscionable.

And of course there’s still the Amazon question — will the retail giant choose to locate its second worldwide headquarters in a state where lawmakers are actively promoting bills to discriminate against LGBT people? With $5 billion in investments and 50,000 jobs on the line, lawmakers shouldn’t even be considering a bill like SB 375.

The bottom line: Lawmakers are playing politics with the lives of the 14,000 children waiting for loving homes in Georgia’s adoption and foster care system, all because some extremists want to discriminate against LGBT people.

If we don’t stop this bill now, children, families and our economy will suffer. But we have stopped bills like this before, and we’ll do it again. Send a message to your lawmaker now urging them to reject this new license to discriminate.