On Thursday, September 7th, Lambda Legal petitioned the US Supreme Court to hear the case of Jameka Evans, a Georgian who was the victim of anti-LGBTQ employment discrimination. 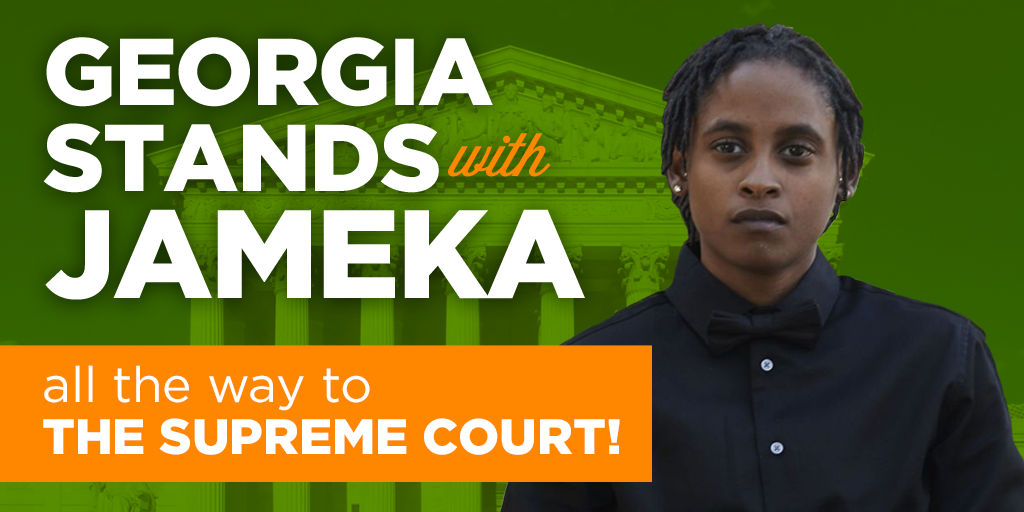 Earlier this year, Lambda asked the full US Eleventh Circuit Court of Appeals to weigh in on the case, after the Court’s three-judge panel rejected it in March. They declined; now, Lambda is seeking a final decision from the nation’s highest court.

In representing Evans Lambda Legal has argued that she should be protected from discrimination under Title VII of the Civil Rights Act of 1964, because of its prohibition on sex-based discrimination. And this year, for the first time ever, another federal court agreed with them.

In April 2017—less than a month after the Eleventh Circuit ruled against Jameka—the 7th Circuit Court of Appeals came to the same conclusion, ruling that Indiana employee Kimberly Hively was illegally discriminated against by her employer.

Now, any decision from the Supreme Court would shore up this federal court split on this issues, resolving one way or the other whether anti-LGBTQ employment discrimination is prohibited under the Civil Rights Act of 1964.

And no matter what happens in this case, there is legislation under consideration right now in Georgia that would protect LGBTQ people like Jameka from discrimination in employment, as well as housing and public accommodations. Click here to read more about and signal your support for these critical LGBTQ-inclusive civil rights bills.