On July 4th we celebrate America’s independence, and reflect on one of our country’s founding values: freedom. The notion that everyone has an inalienable right to life, liberty, and the pursuit of happiness.

This year, Independence Day comes on the tail end of an important Pentagon announcement lifting the ban on service for transgender Americans, meaning transgender men and women will be permitted to serve in the armed forces openly and as the gender identity that they know themselves to be. 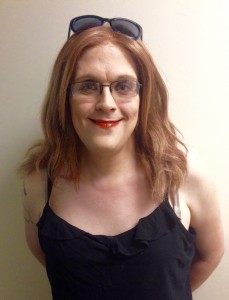 In celebration of Independence Day and the landmark Pentagon decision to remove barriers for transgender servicemen and women, we spoke to transgender veteran Dana Fuchko about her experience serving her country and becoming the woman she is today.

Before she transitioned to living her true identity as a woman, Dana served in the Georgia National Guard. With a family history of military service dating back to the Civil War, the idea of defending one’s country appealed to Dana’s sense of honor, duty and patriotism. She enlisted in 2003 at age 20 in order to fight in the Iraq War.

“I thought, ‘I’m perfectly healthy and I don’t have a family to support. I should put my money where my mouth is and enlist,’” she said.

Dana served in the National Guard for six years, deploying from 2005 to 2006. During these years, she said she had bouts of intense gender dysphoria – the feeling that one’s emotional and psychological identity as male or female is opposite to one’s biological sex.

But she said there was nothing she could do about it. At the time, the U.S. military enforced a strict ban on service by transgender people. If anyone from her unit ever found out that she was questioning her gender identity, she could be kicked out of the National Guard.

Being kicked out of the military wasn’t her only fear. Dana was also petrified of what her family would think if they found out.

She said, from a very young age, she was taught to believe that being transgender is bad.

“I was probably four or five when I had my earliest transgender related thought process,” said Dana.

It was 1987 or so, and her parents had taken her up to visit her grandparents. On the refrigerator was a newspaper clipping about a transgender woman – Dana’s father’s middle school teacher.

“I can just remember going into the kitchen and seeing that clipping and as soon as I saw it, I didn’t know any of the terms, but I was just like, ‘That’s me. I need to do that. I want that.’”

“At a certain point, my desire to live as my true self – as a woman – overcame my fear of being found out.”

As Dana was having these thoughts, her parents and grandparents were having a very different conversation.

“As I was realizing that, I was hearing my grandparents and my mom and my dad discuss it. And they did not have anything positive to say – at all,” she said. “There was, ‘Oh, that’s disgusting.’ And being that I was raised to be a good little boy in a nice Christian family and I wanted to do right by my parents, I very much was like, ‘OK, I’m not supposed to do this. This is bad.’ And I shoved it deep down to ignore it.”

In 2009, as Dana was nearing the end of her military service, the Georgia National Guard began scaling down its operations. During this time, her command actually encouraged Dana to extend her contract due to her high performance – but she declined. She was ready to get out of the military.

Dana had a lot of questions about her gender identity and she knew she wouldn’t be able to answer them while still a member of the National Guard.

When she ultimately did leave the National Guard in 2009, Dana was living with her wife of a year. She said this was the first home she ever lived in where she ever felt comfortable being open about questioning her gender identity. A couple months after she was discharged, Dana bought women’s clothes and tried them on at home for the first time. 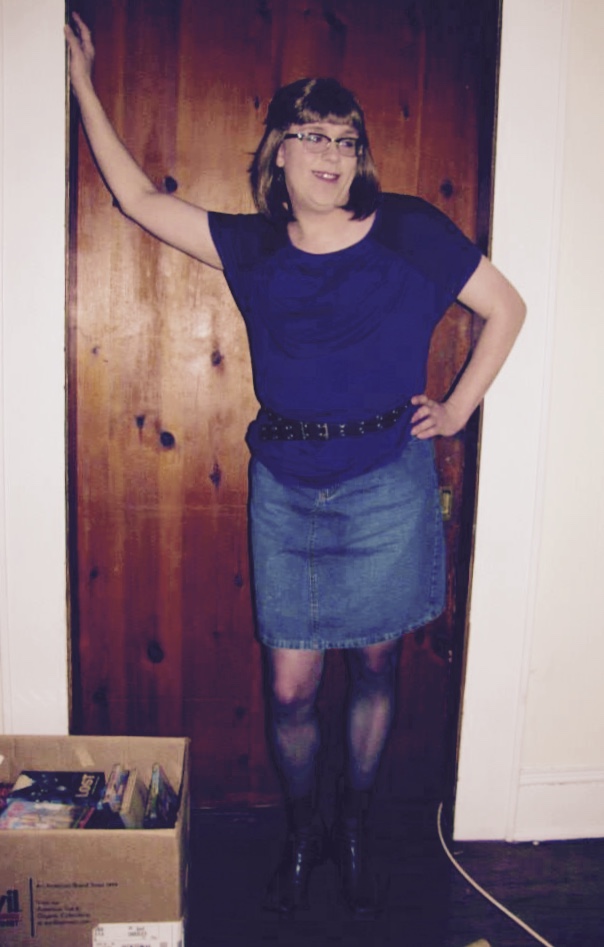 “Looking back on it, I’m pretty sure that when I dressed in women’s clothes that first time, and saw myself in the mirror, that was it,” Dana said. “Something just clicked. After that, it was just a matter of time until I transitioned fully.”

After years of feeling confused and ashamed about her gender identity, fearful that being open and honest would cost her her family, her faith, and her military job – for the first time, Dana was able to express what she was feeling.

“At a certain point,” she said, “my desire to live as my true self – as a woman – overcame my fear of being found out. I was 25 when I first vocalized that I was transgender, and from then on out it was just a process of getting to where I am today.”

She has to worry about things she never used to worry about: harassment on the street, discrimination at work, barriers to health insurance, people using the wrong pronouns or refusing to call her by her chosen name. 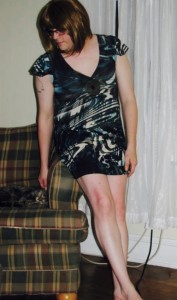 Georgia still lacks statewide LGBT non-discrimination laws, but the city of Atlanta has transgender-inclusive protections. So Dana had to move to the outskirts of the city, just to be in proximity to jobs, housing, and businesses where she knows she will be safe from discrimination.

But for her, the worst part is how transgender people are being dehumanized and cast as sexual predators.

“This assumption that if I’m gonna go into the women’s bathroom it’s because I’m going to assault little girls or something – it’s just so totally not true and totally against who I am as a person. And it’s really really hurtful.”

Dana said now, when she knows she’s going to be out and about for extended periods of time, she actively plans her bathroom route to avoid anti-transgender establishments where she might run into harassment.

Still, despite these hardships, Dana said living as her true gender identity has been a net positive. And she considers herself one of the lucky ones.

After years of feeling confused and ashamed about her gender identity, fearful that being open and honest would cost her her family, her faith, and her military job – for the first time, Dana was able to express what she was feeling.

Her wife and her five sisters are supportive of her gender identity. Even her mother, who had no foundation for understanding who transgender people are, came to a place of acceptance as she took the time to talk to Dana and learn what it means to be transgender, to know your true gender identity to be different from your sex assigned at birth.

The best part: Not needing to keep a secret.

“From about the age of ten I was so worried that someone would find out. And I was pretty much always worried about that continuously until I came out to myself in my mid- to late-20s and was like, ‘I’m done worrying about what people think.’ Just being like, ‘OK, this is what it is.’ That was a lot less stressful.”

Dana is proud of her military service and all the more so now that the Pentagon has taken the lead on affirming equal rights of transgender service members to fight for and defend our country.

But she knows there’s still work to be done at home. While she may be free, now, to serve openly in the military as a transgender woman, in her home-state of Georgia she is living in a climate that is hostile toward her very existence. Culturally and legislatively, transgender Americans are under attack.

Dana hopes that by sharing her story, she can help people understand that transgender people like her are just like everyone else – they’re patriots, hard workers, loving spouses, caring children, and important contributors to our society. And just like everyone else, they deserve to be treated fairly and equally under the law. They deserve to be free.

About a year ago