Beth Sherouse, Ph.D. is a longtime LGBT activist, writer, and proud Southerner who calls Georgia home. As a bisexual woman – and former employee of a major national LGBT organization – her story about why she celebrates Bisexual Awareness Week (#BiWeek) stems from a range of unique perspectives. 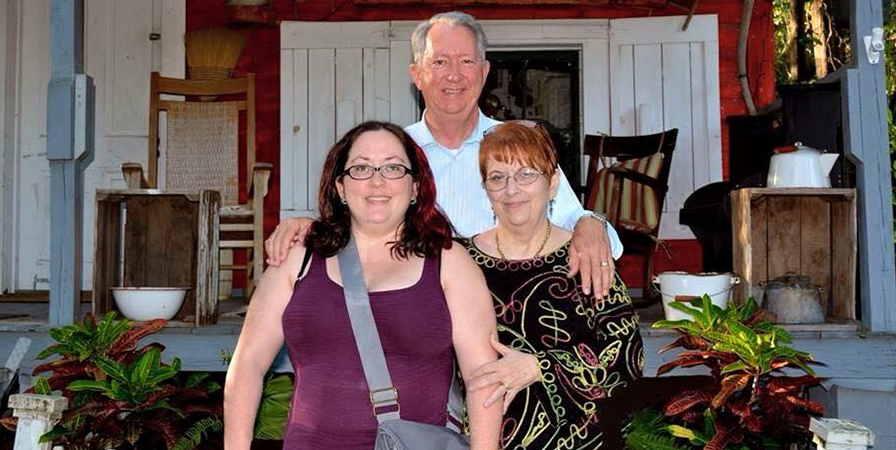 Beth first came out as bisexual to a friend at about 16 years old, and by the time she arrived on her college campus, she fully embraced her bisexual identity – even co-founding the first officially recognized LGBT student group at her Southern Baptist university in central Georgia. It was Christmas break of her freshman year when she was 19 that she returned home to her parents, revealing that she’d fallen in love with a woman. “They weren’t happy about it,” she admits. Growing up, both of her parents had served as baptist ministers, and had taught her that being LGBT was wrong and shameful. 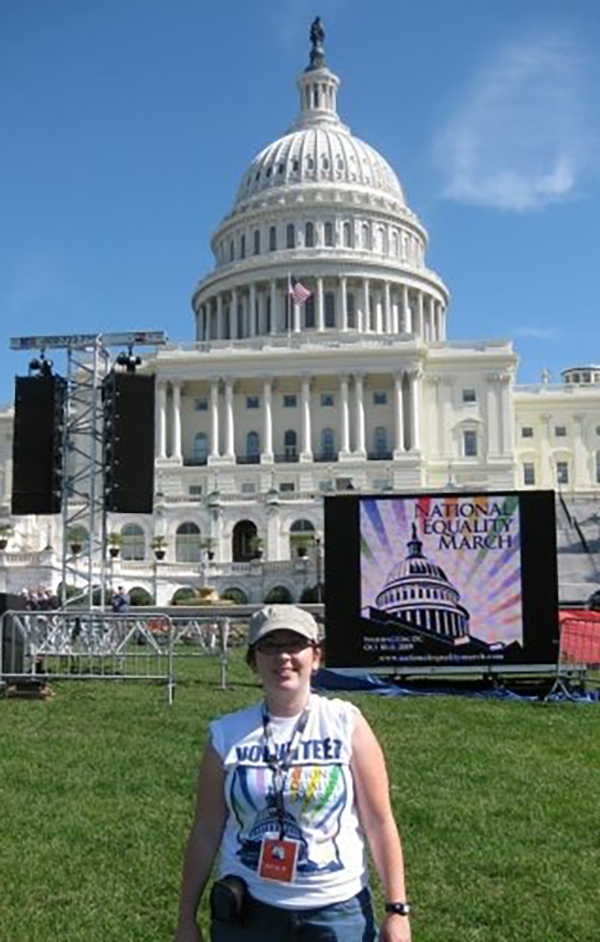 “When I was younger and mostly dated men, I tended to let people assume what they wanted to assume unless I knew someone very well. Now, I don’t let people assume,” Beth says. “I am super out, and it’s permanent. I’m certainly happier being out and not having it seem like some secret I have to carry.”

For the next few years, Beth mostly embraced long-term relationships with men – then, at 23, she started dating another woman. “I had to come out again to my parents,” she explains – a common occurrence and unique aspect of the bisexual experience. Beth wrote her mother a long letter, and although she still did not respond well at first, she has come around.

Now – almost 15 years later – Beth’s parents attend an LGBT-affirming Baptist church. They live about 45 minutes from Orlando, and when the tragic shooting took place at Pulse nightclub, they went to several vigils and attended the local Pride festival a couple of weeks later, without Beth, because they wanted to show their support. Beth’s first cousin on her father’s side, who is a straight cisgender married Baptist minister himself, has been a wonderful ally and an outspoken leader in his denomination (Cooperative Baptist Fellowship), pushing more conservative clergy and laity toward to be LGBT-affirming. 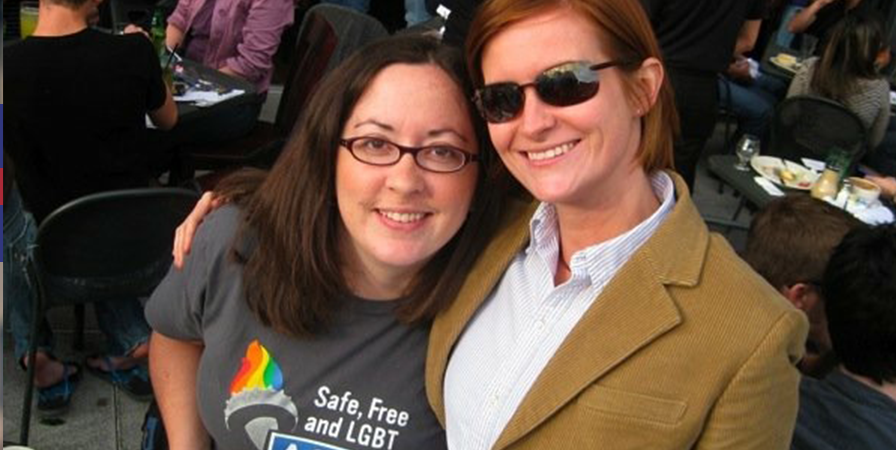 For Beth, working at a major national LGBT organization for several years gave her a great opportunity to connect with the bisexual community and grow in her identity and activism. Now, in her spare time when not working a full-time job in development, Beth volunteers with BiNet USA, the national organization advocating for bisexual and bi+ communities. In her role there, she helps develop resources and materials on bisexual-specific issues, and promotes public education efforts about the diverse experiences of bisexual people.

“The bisexual community doesn’t get a lot of help from anybody else,” Beth pointed out. “Even within larger national LGBT organizations, there’s very little bisexual programmatic work, and the programmatic work that happens is almost entirely done by people who are bi-identified. I feel like there’s not an institutional investment in making sure this kind of work gets done. Working with BiNet and being able to work with bi people who are out and know and care about the bisexual community certainly feels more at home, more welcoming, and more meaningful.” 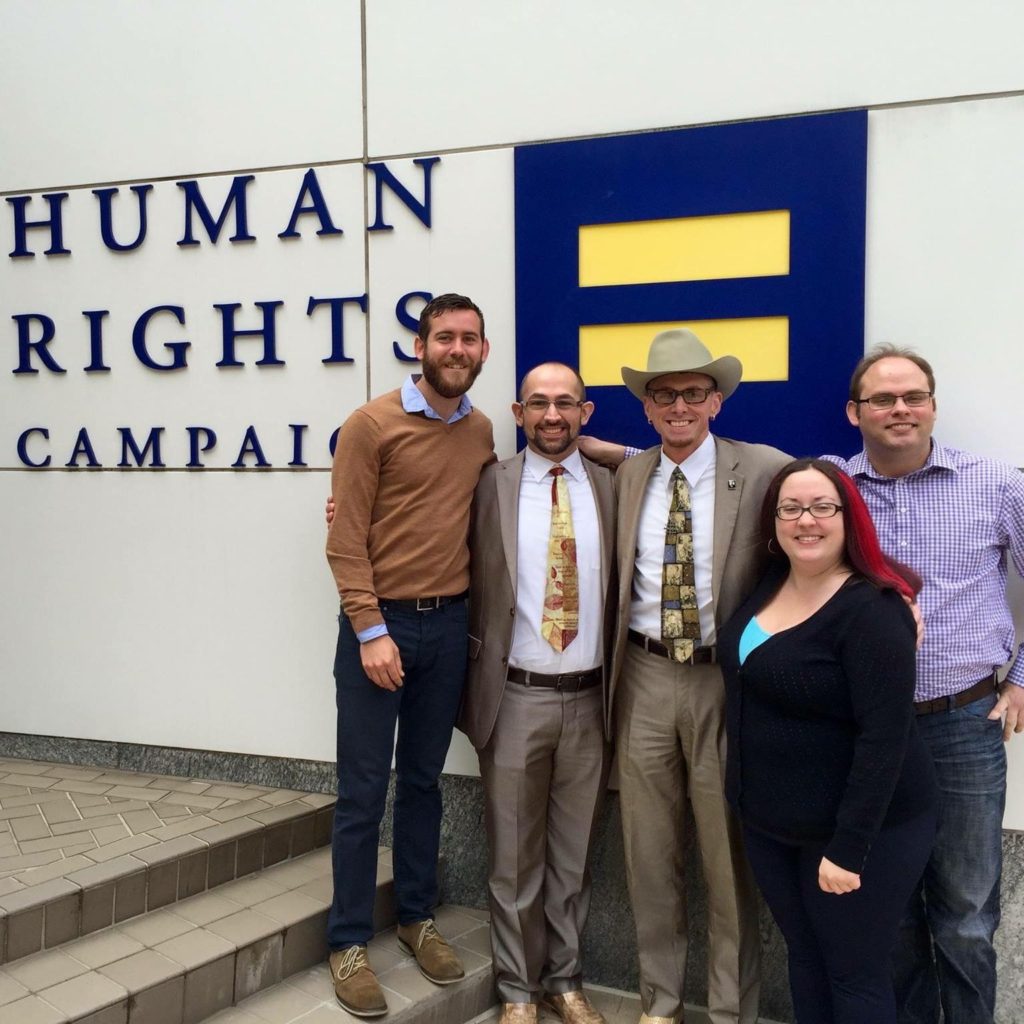 Beth’s personal experience also showcases the many ways that bisexual people’s experiences can differ from those of gay men and lesbians, and the need for visibility around bisexual-specific causes. 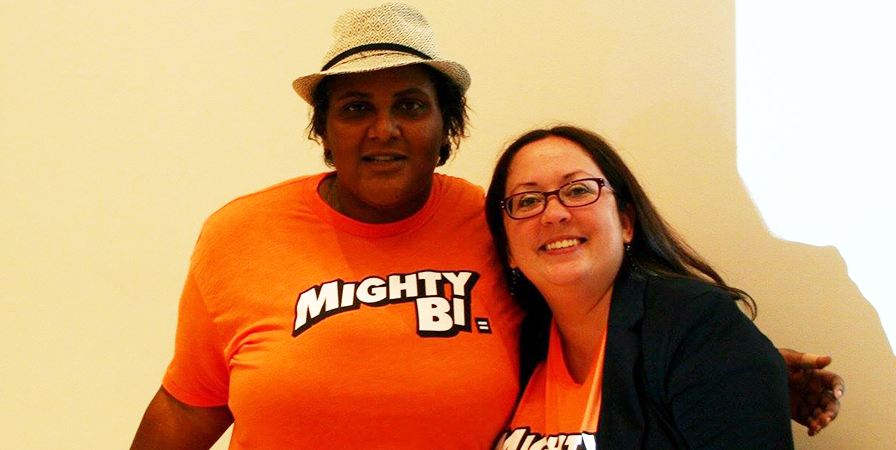 “I’ve always been treated differently by some lesbians and gay men – like I wasn’t queer enough because I’m relatively gender conforming,” she explained. “I have most often partnered with men, so there’s always the sense that if I reference a male partner, I have to reference a female partner in conversation to prove my queerness. And then I have to prove my dedication to the cause as an activist, too. People tend to think there is some sort of privilege to ‘passing’ as straight. But it’s a process of coming out over and over again just to correct people’s assumptions. That is kind of exhausting, but it’s also something I realize that not everyone can handle – and if you can handle it, you should do it, to make it easier for other people.”

After having lived in Washington, DC for several years, Beth is happily settled in Atlanta, Georgia and continuing her advocacy without any plans to slow down. “What I like about the South is interacting with the people here who are doing the same kind of work that I am doing,” she says. “It’s so much harder to be a politically active progressive and to be openly queer here. And so I feel some sort of obligation to be part of the change that needs to happen and is happening down here, rather than abandoning my Southern roots. It feels better to make the change here.”